Religion has always played an important role in Haitian life.  At no time are the multiple and interwoven layers of religion in Haiti more on display than during Easter week.  We will leave it to Social Science scholars to debate the extent to which socio-economic conditions, urbanization, natural catastrophes and ensuing relief efforts have reshaped the country’s, including Port-au-Prince’s, religious landscape, if at all.

In conducting our survey in November and December 2018 , we wanted to take a snapshot, albeit superficial, of religious attitudes and practices in and around Port-au-Prince and their impact on lifestyle and economic choices.  Here are some highlights of what we found: 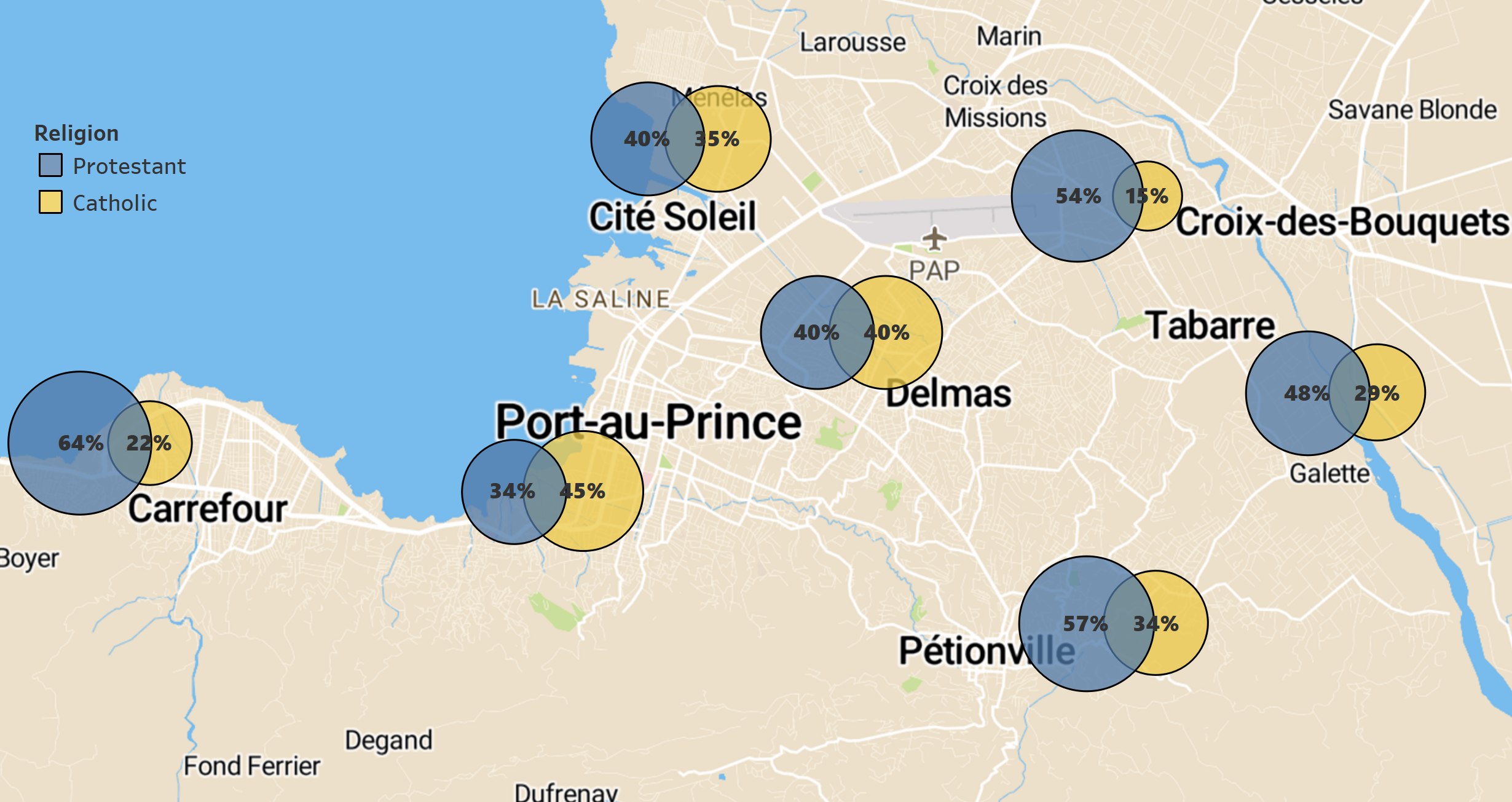 Our data seem to suggest that Protestants exhibit better health and financial habits than Catholics, at least in and around Port-au-Prince.  However, our survey sample is not nearly large enough to lead to definitive conclusions on these issues, which may be worth exploring further by subject matter experts.

The table below summarizes how those who identify as Catholic, Protestant, and non-affiliated compare across a number of lifestyle and demographic categories.  For more statistics related to our survey in and around Port-au-Prince, please click below to explore our interactive dashboards.

* An additional 2% of respondents identify Vodou as their religion

Previous Welcome to our website!
Next Will Mobile Technology Promote Financial Inclusion in Haiti?